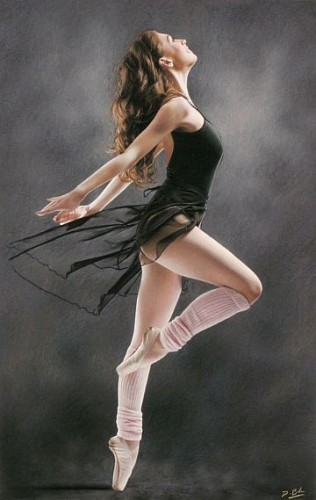 This year is the thirtieth anniversary of the 1968 revolution. What value does the “New Left” have for a rightist discourse today?
Steuckers: First, it has to be said that although the “New Left” demonstrated, rioted and mobilised the factories in Paris in May 1968, one million counter-demonstrators were also on the streets, there to put an end to the events. Furthermore, the “right” won in May; de Gaulle returned in June. One must keep in mind that the so-called “anti-authority movement” could only start the occupation of the institutions in 1988, after the assumption of power by Mitterand. Although between 1968 and 1981 the “New Left” carried a lot of weight in France, the “liberal-conservative Right” remained in power and was able to develop its “Weltanschauung”. One should also know, in order to understand ’68, that de Gaulle had changed his programme completely after the War in Algeria: he was anti-imperialist and anti-American, he visited Russia in 1965 and left NATO. In a speech in Cambodia, he depicted France as the leading anti-imperialist Power and as a partner for countries that were neither “americanist” nor communist. He also developed contacts with South America, which lead to the French aviation industry being able to drive out the Americans there. In Quebec in 1967, he exclaimed “free Quebec”, which was a direct provocation for the Americans, who didn’t tolerate it. Thus the May of ’68 was partly brought about by the American secret service, so that France would refrain from its anti-imperialist function.

In the German-speaking world 1968 is subsequently linked to “political correctness”. What impact did the revolution have in the francophone world?

Steuckers: Moralism appeared more strongly in Germany and with the German Left than in France. In France there are two concepts. There is May ’68: the student movement as a revolutionary movement. But there is also the “thought of ‘68”, la pensée ’68. When one speaks of it, one means a way of thinking like Foucault, Derrida, Deleuze and Guattari among others, who were especially inspired by Nietzsche. Nowadays “political correctness” criticises these philosophers because they think “lebensphilosophisch”, because they are “vitalists”.

This method of “deconstruction” criticises the modern age above all…

Steuckers: …yes, against the “Enlightenment”. Here I would like to highlight an “accent” of Michel Foucault. Foucault is of course regarded as a leftist philosopher, but at the start of his career, which he began with an article that appeared in 1961, he developed a thesis, which stated that the enlightenment was not at all the emancipation of humanity, but instead the beginning of omnipotent observation and punishment. When this article appeared, Foucault was branded a reactionary by certain guardians of virtue. It’s well known that Foucault was a homosexual… He said: “I must commit myself to the outsiders, I must play for the left, otherwise my career is lost.” Nevertheless, his thesis is valid: the enlightenment means observation and punishment. He further criticised the enlightenment as the “ground” for the French Jacobin state. For Foucault, enlightenment society embodies a new panoptical prison, in the middle of which stands a tower, from which all prisoners can be observed. The model of the enlightenment also embodies a “transparent” society without mystery, without a private sphere or personal feelings. Political correctness has seen that these thoughts are extremely dangerous for enlightenment states/ regimes. Foucault is branded a vitalist.

Which ideas of the “New Left” are still relevant?

Steuckers: I’ll have to answer this question in a roundabout way: what does the current “New Left” want? Does the “New Left” want to disseminate the ideas of Foucault, be against societies that want total surveillance and punishment? I can’t answer for the left. But what I do see is that the “New Left” never thinks nowadays, but merely wants to push through political correctness.

The left-right schema is now called into question by some rightists. Is the abolition of these opposites relevant?
Steuckers: I think that for several decades the right has repeated the same obloquies too often. Though I see that today in Germany certain philosophical currents are reading Foucault together with Carl Schmitt and Max Weber. This is very important; it is the kernel of a new conservative revolution, because it is anti-enlightenment. Though I don’t reject the entire enlightenment myself; not the enlightenment King of Prussia, Friedrich II for example. Nor do I reject everything from Voltaire – who was an enlightenment philosopher and gave an excellent definition of identity when he said: “There is no identity without memory.” I don’t reject everything, but I gladly reject political correctness, which claims to be heir to the enlightenment, but sold us a corrupt enlightenment. It has to be said, anti-enlightenment ideas are available on both the right and left. On the other hand, a certain “right”, above all the techno-conservative powers, no longer poses the question of values. These conservatives want an enlightenment profile like the politically correct left.

Can one say that in such a society, which sees everything in terms of economics and consumption, the intellectuals of the left and right are the last defenders of meaning and value?
Steuckers: The American debate answered this very well, when the philosopher John Rawls posed the question of justice. If the enlightenment ends in consumerism, neither community nor justice is possible. There are seemingly conservative and progressive values and here a debate over the deciding questions of tomorrow is possible, but the organised groups of “political correctness” will do everything to prevent it.

Where on the right do you see the possible divisions between a value conservative attitude and a reactionary position?

Steuckers: Nowadays a “value conservative” attitude cannot remain structurally conservative. This attitude defends the values that hold a community together. If structural conservatives, meaning economic liberals, absolutely avoid posing the question of values, then the dissolution of communities is pushed forward. Then we have the danger that states, and even an eventual global community, become totally ungovernable.

What value does the “Nouvelle Droite” have in today’s intellectual discourse?

Steuckers: Nowadays it no longer has a solitary position. It should back the American communitarians more and lead the debate against globalisation and for identity-building values. Outside of Europe and America: to observe those non-western civilizations, like China and the Asiatic states, which have twice rejected the enlightenment ideology of “human rights”; first in Bangkok then in Vienna. These societies have set out to ensure that “human rights” are adapted to their own civilizations, because, as the Chinese have said, humans are never merely individuals but are always imbedded within a society and culture.
Publié par robert steuckers à 08:47